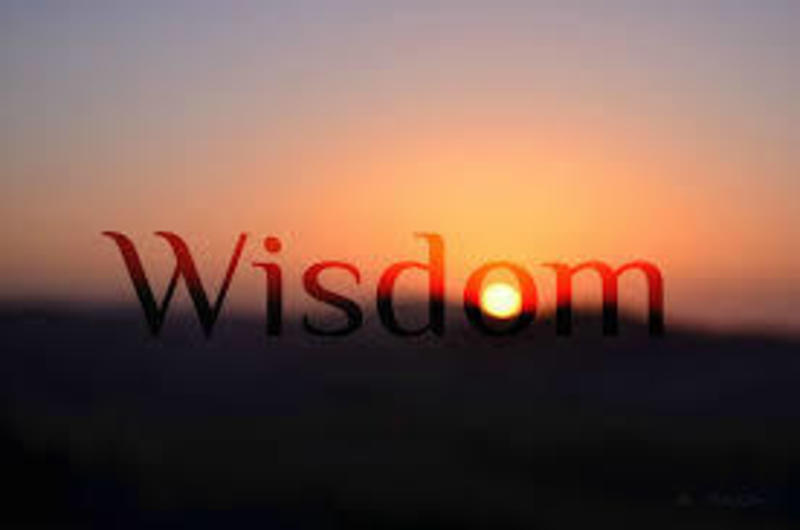 I usually focus on just one reading for my homily, and frequently the gospel, but because of the uniqueness of the readings, I had some trouble making up my mind which one to preach on, and the more I worked with them, the interconnectedness (is that a real word?) of them also became apparent.  They all had interesting points I wanted to speak to and I couldn’t decide which one to focus on.  So I decided to touch on them all.

Last week I mentioned that the letter to James is the only ‘wisdom’ book in the New Testament.   Wisdom books or letters were primarily written for the instruction, guidance or sharing of insights to specific groups of people.   There are 7 other wisdom books actually, from the Old Testament: Job, the Psalms, Proverbs, Ecclesiastes, Song of Solomon from the Old Testament and two in the Apocrypha, Sirach and the Wisdom of Solomon.  Our psalm and the reading from James then come from wisdom books, and in our gospel reading Jesus has pulled his disciples aside for special teaching so as to impart some of his wisdom to them.   Wisdom then, is the theme that pulls all our readings together.  My Oxford Dictionary of the Christian Church notes that “wisdom occupies a prominent place in the Old Testament.  Divine Wisdom (the wisdom of the Almighty God) is manifested in creation and (can be seen) in God’s guidance of nations and individuals.”[1] Next I went to Merriam Webster’s on-line dictionary for a more worldly definition. Wisdom is “knowledge that is gained by having many experiences in life; knowledge of what is proper or reasonable (i.e.) good sense or judgment; (It is) the natural ability to understand things that most other people cannot understand.”[2]  Wisdom, it seems is more than just knowledge gained from experience, it is a bit like common sense, which I’ve heard said, is not all that common.

Wisdom is an inherent discernment and understanding that not all have.  Human wisdom is a gift, a gift of God’s grace, a sharing with humanity of God’s own divine wisdom.  And Paul actually says that in first Corinthians, wisdom is one of the gifts of the Holy Spirit.  Faithful and faith-filled people know that God-given gifts are to be shared, and that too is what we are called to do, share of the bountiful gifts God has given us.   And so wisdom sayings have been written down for millennia, so they could be transmitted to others, teachings to be shared and learned from, a spiritual gift shared.

The book of Psalms, also called the ‘Psalter’, is a grouping of 150 sung poetic prayers collected over centuries.  Our Psalm for today is known as a ‘wisdom’ psalm.  It is no accident that this particular psalm was chosen to be the introduction to the Psalter.  The Psalter was recorded to be ‘a repository of divine instruction’[3] for the Hebrew people, the people of Israel.  It is full of wisdom for those who are trying to live a virtuous life, and Psalm One tells us how:  happiness comes from following the laws and ways of the Lord and choosing not to tread the same paths as the wicked and sinners.  Simple black and white ancient Hebrew wisdom:  the righteous will flourish, the wicked will perish.  If only life’s choices were that simple!

Our second reading comes from the only wisdom book in the New Testament, the letter of James.  No poems or flowery language for him, James gets right to business, he cuts to the chase in his words of wisdom to his first century church in Jerusalem.  He asks them, “Who among you is wise and understanding?” (3:13); the two kinds of traits or gifts he sees as necessary to correct the problems in his community. It seems wisdom is a gift that not many in James’ community seem to possess either, and he too acknowledges that wisdom comes ‘from above’ (3:17).  James warns about the perils of envy and selfish ambition being the root of the apparent conflict in the community--devilish he calls it.    And why is the community beset with these issues?  Well, because they focus on their own needs, their own pleasures.  This then leads to the question that is inferred here.  If the church community’s problems have come about from fulfilling their own needs and ambitions, essentially living for themselves, what would it take to live in peace together?  Well, by doing just the opposite, — living for the other. James offers this opinion:  ‘If you are wise and understand God’s ways, prove it by living an honorable life, doing good works with the humility that comes from wisdom.’ (v. 13)  For James, ‘true wisdom… is not (only) about actions as much as the integration of thought, will, action and context… faith and works made coherent in wisdom.”[4]

This selfish ambition issue was a problem for Jesus’ disciples too, as our gospel reading reveals.  Jesus has taken his chosen twelve aside and confided in them about his death by betrayal, and his resurrection.  It’s evident that they just don’t get it and were too afraid to ask what it all meant.  Sometimes we’d really rather not ask the hard questions, because we don’t want to hear the answers we’re afraid we’ll hear.  We tell ourselves that it’s easier not to know, because then we don’t have to act on it either.  I think it’s a defense mechanism we can succumb to, rather than facing or dealing with something we don’t want to face.  And the disciples just couldn’t face the fact that the one who they have come to believe was the Messiah would be betrayed and killed, never mind the implications of a resurrection.  Just to contemplate the whole idea would have been overwhelming.  However, the thoughts of their futures without Jesus must have made some impact because along the way to Capernaum they were debating what life without Jesus would mean for them, and which one of them would be the greatest.  Jesus asks them what they were talking about and their response—silence!  I suspect they were probably a bit embarrassed to be caught in such a conversation. Jesus, being Jesus would have known of course what they were discussing and takes advantage of the teaching moment.  He points out to them what is all included in the role of being the king of the castle, so to speak.  It means you are actually the servant to all of the inhabitants of the land; including the lowliest.

And in biblical times, children were some of the lowest in the class system.  To illustrate his point, Jesus picks up a child and puts it on his lap and tells them: “Anyone who welcomes a little child like this on my behalf welcomes me, and anyone who welcomes me welcomes not only me but also my Father who sent me.” (v. 37)  Well, that would have turned their world upside down.  So, to be the one on the top of the heap meant literally cleaning up and working for those who lived on the bottom of the heap.  That’s the total opposite of what we figure being ‘at the top’ means—working on the bottom is not generally the thing most strive to accomplish.

Many centuries of wisdom have come together in these scriptures we heard today.  The Psalms were written centuries before Jesus time, Mark’s gospel written mid first century and the letter of James dates from the late first century.  And yet, the topsy-turvy wisdom message remains the same.   “So you want first place? Then take the last place. (And) be the servant of all.” (Mark 9:  35 GNT)

[1] The Concise Oxford Dictionary of the Christian Church, ‘wisdom’ p. 558